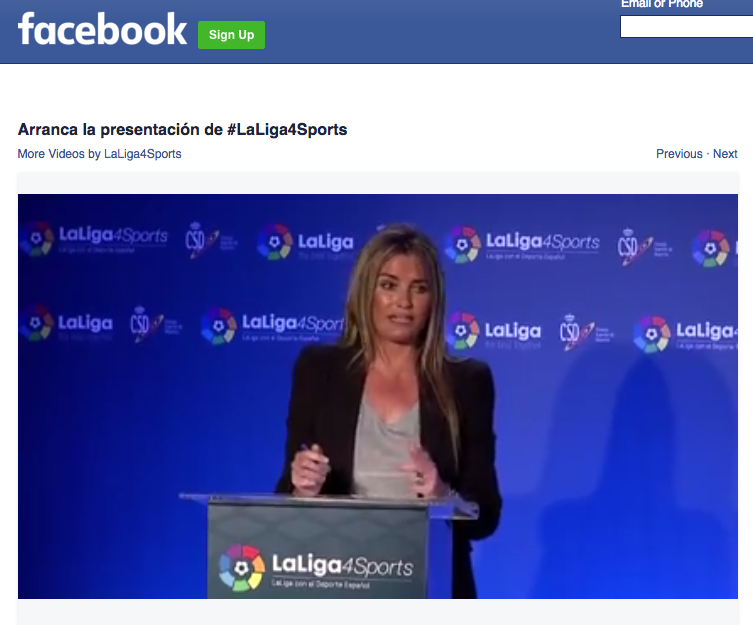 Spain’s La Liga is to become the first European football league to broadcast a match to the Facebook Live platform.

La Liga has teamed up with technology provider Grabyo to live stream Atletico Madrid v Athletic of the Spanish Women’s First Division to Facebook on Saturday May 28 at 11.45.

The match between third-placed Atletico Madrid and first-placed Athletic will be broadcast to Facebook in TV-quality, according to the pair. The match will be available worldwide in every country with no geo-blocking of content in place.

Grabyo is an official live streaming partner of Facebook, as announced in April

Gareth Capon, CEO of Grabyo, said: “Live streaming is the most important trend in social media this year and LaLiga broadcasting a competitive fixture to Facebook is a great example of major sports rights holder using the reach, engagement and viral distribution on social media platforms to distribute their content. The global shift towards fans consuming content on their mobile devices is driven by social platforms with video driving greatest engagement for fans around the world. Consumers have smartphones within arms reach 24 hours a day, no other platform offers this opportunity for reach and viewing across all demographic groups.2016 at Facebook’s F8 Developer Conference in San Francisco.”