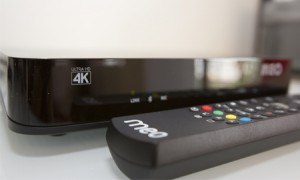 The 4K set-top box market will quadruple this year, despite an overall decline in the STB space, according to ABI Research.

At the same time, ABI predicts that the overall set-top box market will drop by about 9% in 2016 to less than US$16 billion in revenue, with both pay TV and free-to-air boxes losing value.

“Hardware revenues will fall, but value through software and services remains an opportunity. Providers should be looking to take on logistics and lifecycle challenges, in addition to testing and integration, to help the overall market flourish as well as focusing on 4K and HDR colour set-top boxes will in the years ahead.”

Regionally, China remains the largest set-top box market by units, having overtaken the US in 2010. However, India will continue to grow its set-top box shipments and is likely surpass China as shipment leader in 2018 or 2019, according to the research.