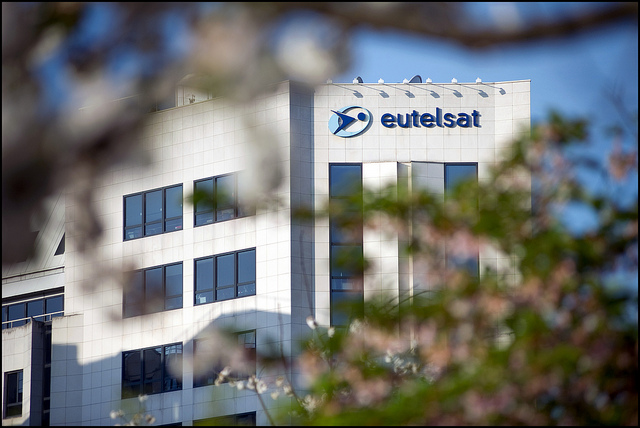 Satellite operator Eutelsat has posted third-quarter revenue growth that fell short of expectations, reflecting a worse than expected showing in the Latin American market. The company now expects revenues to fall next year and has launched a review of its priorities.

The results, which saw Eutelsat revenue grow by 4.2% in the quarter, or 1.1% at constant currency to €383 million, led the group to adjust its full-year earnings forecast. Eutelsat now expects 2015-16 revenue to be flat, as against growth of 3% forecast previously.

The company has also forecast negative revenue growth of between minus 1% and minus 3% for the 2016-17 financial year, as against positive growth of 4-6% forecast previously.

Eutelsat said it was “adapting to slowing industry-wide momentum, undertaking a wide-ranging review of its organization and priorities with an emphasis on cash-flow generation and margin support”. A detailed update will be provided in July.

Video revenues grew by 4.9% at constant currency to €239.1 million, reflecting the entry into service of Eutelsat 8 West B and Eutelsat 36C, as well as higher revenues from French free-to-air platform Fransat’s transition to HD services. This growth offset reduced revenues at the core Hot Bird position where the company suffered from the non-renewal of a number of contracts.

The company’s overall fill rate declined year-on-yar from 77.6% to 72.3%, which the company said reflected the entry into service of new capacity. The order backlog for Eutelsat capacity is four times expected 2015-16 revenues, with video representing 83% of the total.

Rodolphe Belmer, CEO, said: “Our business is strong and highly resilient. We are adjusting our strategy in the face of slowing industry-wide growth and we are committed to maximizing cash and protecting our profitability during this cycle. Our industry continues to offer long-term growth levers and we are confident we can position ourselves to capture these opportunities and generate value for our stakeholders.”