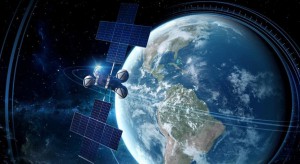 Eutelsat’s 65 West A satellite is now fully powered-up and is ready for service across Brazil and Latin America, according to the firm.

The satellite, which launched on March 9, is located at 65 degrees West, which Eutelsat says is a premier location for broadcasting in Brazil.

Eutelsat 65 West A is a tri-band satellite offering C, Ka and Ku bands. The latter is optimised for direct-to-home (DTH) reception and corporate connectivity in Brazil, Central America, the Caribbean and the Andean region.

Eutelsat said that together with Space Systems Loral it has carried out transmissions in Extremely High Frequencies using an experimental payload on Eutelsat 65 West A. The two companies are now analysing the potential of the Q/V band (40-50 GHz) as an enabler of future Terabit satellite broadband programmes, according to Eutelsat.

“Extremely High Frequencies stand to enhance the performance of the next generation of High Throughput Satellite programmes. By offloading backhaul links between a satellite and its hubs from the Ka-band to the Q/V band, significantly more bandwidth can be made available for users,” said the company.