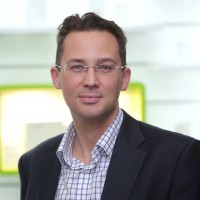 The TV industry cannot ignore the Internet of Things (IoT), as the evolution of the smart home will have major implications on how operators service their customers, according to Deutsche Telekom executive Jon Carter.

Speaking at TV Connect yesterday Deutsche Telekom’s UK head of business development – connected home, said that for TV operators, IoT developments will disrupt “where value is, how it’s captured and the relationship you have with your customer.”

The data implications of the smart home will allow companies to understand more about their customers and let them more accurately target them with both content and advertising, said Carter.

“Every single industry that services people in the home will be touched by IoT. It’s not just the telco industry, the pay TV industry but it’s the utility industry, it’s the retail industry, it’s insurers, it’s warranty providers.”

Discussing Deutsche Telekom’s strategy in this space, Carter said that smart home is “core to our business going forwards” and is where the growth opportunity lies.

“Every device is going to move to become connected. They will all have some sort of IP address. It is an opportunity as a telco to play a part and basically to act as the orchestrator that binds those all together.”

For Carter, using the router as a hub for internet-connected services like energy management and security makes most sense. He said here are lots of conversations about having dedicated devices, or using the smart TV to control home services, but said “my personal view is probably the smart TV doesn’t have the headroom to support this.”

In November Gartner predicted that 6.4 billion connected “things” will be in use in 2016, and in 2014 the research firm claimed that a typical family home could contain more than 500 smart devices by 2022.

“What is IoT and what does it have to do with the TV industry? Let’s just be clear – IoT is probably one of the biggest disruptors that’s about to hit this industry and all industries that service consumers to the home,” said Carter.