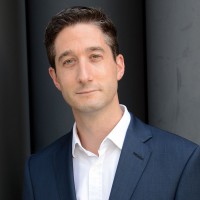 UK broadcaster Channel 4’s investment in data and its re-invention of on-demand service 4oD as All 4, including online originals and acquisitions, means that it is successfully managing a transition to digital, according to Keith Underwood, director of strategy and technology.

Speaking at the TV Connect event in London today, Underwood said that over 50% of the broadcaster’s revenues are likely to be ‘data-enabled’ by the end of this year.

Underwood also said that the changes in viewing habits over the last decade had only reduced traditional TV viewing by three minutes a day on average, according to ratings agency BARB. He added that linear viewing, including viewing of recorded content, still represents 85% of all viewing, according to figures from regulator Ofcom.

Adding broadcast VoD to the mix, TV viewing still amounts to over three hours a day on average.

“The TV advertising market is in rude health, passing the £5 billion mark last year for the first time in history,” he said. “I have no desire to transform my company to an IP first company by the end of the decade. For the foreseeable future broadcast has a [premier] role in achieving our objectives.”

Underwood said that C4 now has 13 million registered users including half of 16-34s in the country. “A well executed data strategy can add significant value,” he said. “We can now sell highly targeted inventory to advertisers.”

Ad4You, the channel’s initiative, offers personalised ad experiences to its audiences, said Underwood. Features include the ability to inform viewers where they can buy products locally and the ability to share ad information on social media as well as targeting based on age and demographic data.

“Last year 30% of our revenue was data enabled and this year that will increase to over 50%,” he said. He claimed this means that the channel is “indifferent” whether people watch linear channels or on-demand services as it could now effectively make money from both. “We are adding digital pounds to analogue pounds,” he said, playing on the oft-heard warning that building digital platforms may only add ‘digital pennies to analogue pounds’ in revenue while leading to additional costs. “We face the next phase of digital delivery with much optimism,” he said.

Underwood said that Channel 4 would use digital distribution to increase the reach of its existing content and also to create new forms of content. He said that the old 4oD was based on delivering catch-up viewing. “This placed a constraint on our ability to grow,” he said. “We wanted to build a platform that could showcase new content and attract new audiences.”

He said that All 4, its replacement, had a much wider remit to become a “video destination in its own right” sitting alongside the linear channels.

Channel 4 has invested in original online content since 2014, staring with short-form content in the form of its Short Shorts initiative. He said the channel had commissioned 45 original short-form series since this initiative launched. Since then the channel has acquired original content, including curated foreign-language drama service Walter Presents, with 75 hours of foreign-language popular series available. This launched in January and has attracted over seven million views. C4 is in talks with potential international distribution partners, he said.