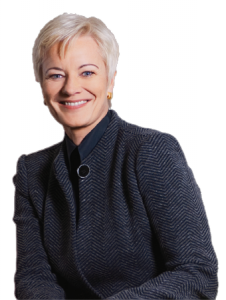 In its latest intervention over crisis-hit central and eastern European public broadcasters, EBU director-general Ingrid Deltenre has called on the Romanian government to make an urgent intervention to save the country’s pubcaster, which she says is facing imminent collapse.

“Currently, TVR is facing complete financial collapse, caused by significant debts. In addition, the temporary management cannot embark on strategic reforms,” said Deltenre, pointing out that the broadcaster would, for the first time in its history, not be able to air coverage of the Euro 2016 football competition, meaning that Romanian viewers would only be able to see part of the competition, and then only if they subscribed to pay TV.

“We at the European Broadcasting Union have done all we can to assist TVR by rescheduling debts, but we are still owed €15 million. We have sent letters to your predecessors and to the Romanian authorities, but the situation has unfortunately only become worse. TVR’s crisis should not be ingnored any longer and urgent decisions need to be taken babout the future of this institution,” Deltenre said in her letter.

“There is a need for an all-encompassing reform and for new legislation that addresses all key questions regarding public service broadcasting’s sustainable funding, governance and remit, based on the proposal developed by TVR.”

Deltenre said that she was “encouraged” by a recent meeting involving the government and parliamentarians to discuss the issue and by the possibility that the Romanian government would consider a guaranteed for outstanding bank loans.

Proposals aired to ameliorate TVR’s financial situation have included trying to improve licence fee collection and increasing the amount of advertising minutes that the broadcaster can sell.