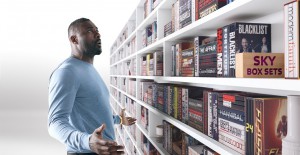 Sky customers in Italy can access a range of box sets of 50 shows including House of Cards, Scandal, The Walking Dead, The Sopranos and Californication as well as Sky’s howgrown original productions including Gomorrah and Romanzo Criminale.

The service will allow customers initial access to 120 whole seasons of series across multiple genres with 1,500 episodes available via the TV or Sky Go, the company’s mobile TV offering. Sky says that more seasons will be added every month thanks to its pan-European content relationships with the likes of HBO and Showtime.

Sky said that since its existing on-demand service launched in Italy in July last year over two million users have downloaded nearly half a billion titles.

“Sky On Demand has been hugely popular and it will be further enriched thanks to the addition of Sky Box Sets. Deals with major studios and Sky’s investment in original productions enable us to launch with over 120 whole seasons and new series to be added every month.  As Europe’s biggest investor in content, Sky is constantly increasing the range and quality of its programming for customers as well as making it even easier for them to enjoy it whenever and wherever they want,” said Pietro Maranzana, chief commercial officer, Sky in Italy.