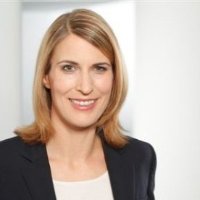 She is also tasked with developing the Sky-branded movie and entertainment channels in Germany.

Walthelm was Davey’s deputy when he was based in Germany. She has been at Sky since 2005 , working with Sky’s channels partners, including Disney, Turner and Fox, and serving as deputy head of programmes.

Carsten Schmidtc said: “Elke Walthelm has, among other things, cooperation with our partner stations to a high level. Now it is time to expand our leading position in the programming area consistently

“In addition to exclusive collaborations with partners such as HBO and Showtime, production will play a central role in the future. Elke is the ideal candidate for this important task and the seamless continuation of the successful work of Gary Davey.”

Sky is, under Davey’s stewardship, moving further into original programming, and has also recently teamed with CBS, bringing Showtime content to its Sky Atlantic channel across Europe.