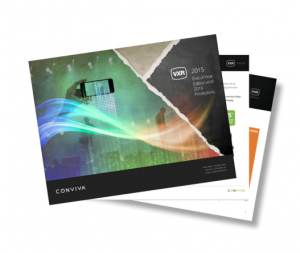 Consumers are increasingly watching longform video on online platforms, with the proportion of screen time dedicated to shortform decreasing, according to new research.

A report from video analytics firms Conviva concludes that 2015 was the year that premium TV came into its own on online platforms. It said the proportion of online viewing dedicated to longform was 23% last year compared with 19% in 2014.

“Binge watching has become the biggest thing since the wireless remote, and millennials now watch the majority of their TV in a non-linear way,” Conviva said.

There was a sharp drop-off in shortform viewing, with 56% of the total for this type of content, compared with 62% a year earlier.

Tech firm Conviva added that the quality of the OTT experience is becoming more important with one in three consumers stopping viewing if the picture is poor or there is buffering.

Laptop viewing time increased too in 2015, albeit not as rapidly as tablet viewing, which accounts for 68 minutes a month on average.

“As viewers increase their consumption of premium content on larger devices, experience will be the factor that distinguishes the top services,” said Hui Zhang, CEO of Conviva. “The big story of 2016 will be the ability of providers in a highly competitive space to differentiate their offering by optimising the consumer experience.”