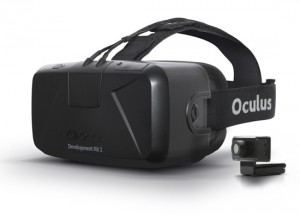 Sales of Virtual Reality headset will increase by 500% year-on-year in 2016 while revenues will climb by 440%, according to the Consumer Technology Association (CTA).

The trade association predicts that 1.2 million VR headsets will be sold this year, with revenues projected to reach US$540 million as the nascent technology starts to take off.

In a joint study with the National Association of Television Program Executives (NATPE), presented at last week’s Consumer Electronics Show in Las Vegas, the two organisations said that VR is likely to be a “game changer” with Hollywood content creators interviewed for the research proving “passionate about the new medium”.

“VR is the latest platform of immersive entertainment, with massive experimentation in content development last year. A definitive trend at CES 2016 this week, the VR ecosystem will continue to advance and expand in 2016,” said Steve Koenig, the CTA’s senior director of market research.

The study found that most participants agreed that VR represents a new method of storytelling and an “entirely new platform” for viewers to experience entertainment and other types of content.

Sporting events and concerts that are live streamed in VR, as well as horror movie content, were identified as possible applications for VR that extend beyond gaming.

However, potential obstacles to mass adoption that were identified were: rate of headset purchases; the length of time users can comfortably use a headset; technical issues with filming VR content; the availability of quality content; and concerns about the solitary experience for the VR user.