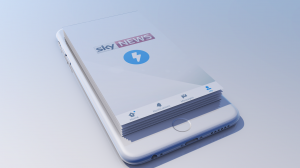 Sky News and Sky Sports have partnered with Twitter for the UK launch of Twitter Moments – a new feature designed to highlight “the best of what’s happening” on the social network.

Sky will showcase selected news and sports tweets to Twitter’s UK users, with Sky News the only UK news broadcaster to appear on the service at launch.

“Sky News always aims to be at the forefront of social media innovation, embracing new ways to reach our customers. I’m delighted that our journalism is being showcased to Twitter Moments users,” said Andrew Hawken, director of products, Sky News.

Sky, through its Sky News and Sky Sports Twitter accounts, will be able to curate its own Moments, which Twitter users can access via the new lightning bolt button across Android, iPhone, and desktop.

New! Find the best of Twitter in an instant with Moments: https://t.co/QAKGUSVBbT pic.twitter.com/KAjfkysVKC