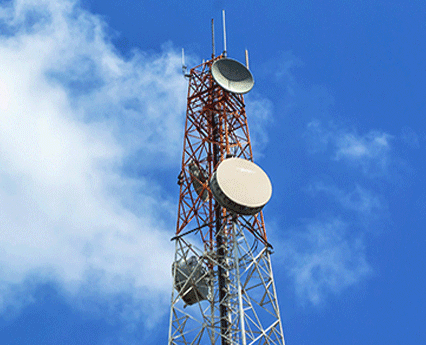 European public broadcasters body the EBU has applauded a decision reached at WRC-15 to safeguard the 470-694MHz spectrum band for digital-terrestrial broadcasting in ‘ITU Region 1’ – covering Europe, Russia, the Middle East and Africa, into the next decade.

The decision followed pressure by the mobile telecom lobby to bring the 470-694MHz range into play for alternative uses along with the 694-790MHz range, the part of the UHF spectrum that the WRC decided earlier this week to re-allocate to mobile broadband applications.

The use of the 470-694MHz band will remain unchanged at least until a review of the entire UHF band in 2023, meaning that any change of use is off the agenda at the next WRC in 2019.

According to the EBU, the decision means that ITU Region 1 countries will be able to continue their digital switchover programmes without the risk that of an impending change in the use of the spectrum. The EBU said that national administrations had shown support for broadcasting and that the decision would give certainty and encourage investment in DTT.

Peter MacAvock, head of delivery and services, EBU technology and development, told DTVE that the decision regarding Region 1 is “broadly in line” with the recommendations of the Lamy report on the future of DTT, which said that the lower UHF range should be protected for broadcasting at least until 2030 with a review by 2025 to assess technology and market developments in relation to the use of UHF spectrum.

“We feel that this decision represents a balanced and fair result for the stability and future development of the way in which such a large proportion of European watch TV,” said MacAvock.

MacAvock said the EBU was still digesting the impact of the final outcomes concerning the two other ITU regions – Region 2, covering the Americas, and Region 3, covering Asia beyond Russia.

Although preparatory work for WRC-15, which wraps up today, had suggested there would be “no change” to the use of the sub-700MHz band, bodies including the mobile industry association the GSMA had lobbied ahead of the conference for an accelerated review of the band. The lobby group had called on the EC to release the 700MHz band for mobile use between 2018-20 and potentially earlier, and for a review of the sub-700MHz band between now and 2019. The GSMA had called for the EC to support a ‘co-primary’ allocation of the UHF band to give member states “full flexibility to use UHF spectrum for both mobile and broadcast in the future”.

The GSMA issued a statement at the close of the conference in which it commended “the vision shown by many countries seeking the flexibility to use the sub-700MHz band (especially 610-694/698MHz) for mobile broadband”, welcoming moves to enable the spectrum’s use for mobile in Regions 2 and 3.

“Not only can legacy television services in the band be delivered far more efficiently using less spectrum, but the reality is that consumer habits are evolving as video content is increasingly accessed via mobile devices. Allowing both mobile and broadcasting in the band gives these governments the ability to respond to the changing needs of their citizens,” the GSMA said.

“The sub-700MHz band is now available for mobile in markets covering more than half the population of the Americas and, in addition, several major markets within the Indian subcontinent announced their intention to use part of this band for mobile broadband.”

In an note that suggests pressure for movement in Region 1 is unlikely to cease, it said: “This WRC-15 decision represents a significant milestone in building momentum towards global harmonisation.”

The GSMA also hailed the decision to allocate the 700MHz band to mobile. “WRC-15 also took the decision to expand the 700MHz band (694-790MHz) from a regionally harmonised band in the Americas and Asia Pacific to a global one. By now making this spectrum available in Europe, the Middle East and Africa, governments have taken an important step in improving the reach of critical mobile broadband services,” it said.