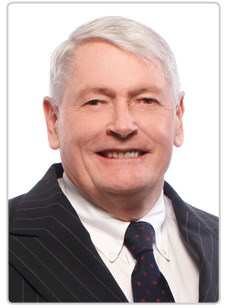 Discovery Communications and Liberty Global will both take shareholdings in Lionsgate Entertainment.

This comes after John Malone, who has dominant stakes in both Discovery and Liberty, joined Lionsgate’s board earlier this year.

Both firms will take 3.4% stakes – each equating to five million shares – in the Mad Men firm, from affiliates of MHR Fund Management at a cost of around US$195 million (€180 million) each. Discovery CEO David Zaslav and Liberty chief Mike Fries will both take seats on Lionsgate’s board.

At the same time, Lionsgate founder Frank Giustra is to leave the board after eleven years, with Emily Fine from principal shareholder Mark Rachesky’s MHR Fund Management taking his place.

Rachesky put 10 million shares up for sale earlier this year.

“A deal in principle, subject only to documentation, to create a new strategic relationship” had been agreed with both companies, Lionsgate CEO Jon Feltheimer revealed during a call with analysts, with formal announcement following soon afterwards.

The deal will see Lionsgate entering into commercial agreements with Discovery and Liberty that see the new shareholders become “preferred partners” for television series and movie licensing deals across their operating markets.

“The company is a unique success story in the entertainment industry,” said Fries in a statement. “Lionsgate is led by an incredible management team and they’ve created one of the deepest portfolio of brands and franchises in the industry. This strategic content investment will also create opportunities for Lionsgate to become an even more important supplier of high-end premium content to our 24 million video and 18 million broadband subscribers.”

“One of Discovery’s advantages is our ownership in a diverse portfolio of global content and IP, which uniquely positions the company to deliver an audience across multiple media ecosystems,” said Zaslav.

“Lionsgate has created a strong television business and we are proud to take this ownership stake to gain access to terrific storytellers, creative leadership, and global formats and IP, in both nonfiction and scripted programming. As with all of our creative partners, we look forward to telling world-class stories with Jon and the deep management team at Lionsgate, and further strengthening Discovery’s content pipeline across our linear and digital platforms around the world.”

Malone, a key player in US and international pay TV history, joined Lionsgate’s board after an equity swap with Starz, which Malone’s Liberty Media Group formerly housed before it was spun out. Malone remains Starz’s biggest shareholder.

Lionsgate has since been consistently linked with a takeover or merger with Starz, which is pushing heavily into original programming with shows such as Power. Others such as AMC, CBS and 21st Century Fox are thought to have kicked Starz’s tires.

Malone has a history in using both Discovery and Liberty’s clout in tandem to buy global TV assets. The pair jointly own UK-based production and distribution giant All3Media after acquiring it from Permira and All3 management last year for £550 million (€775 million).

“I was a very early believer in the value of content, and these new strategic relationships with two of the pre-eminent programming and distribution platforms in the world help position us to take the Company to the next level,” said Lionsgate chairman Rachesky.

LionTree Advisor acted as financial advisor to Discovery and Lionsgate. The shareholder deals are expected to close today.