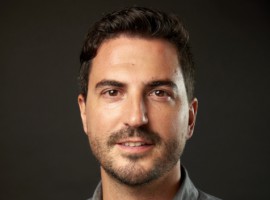 Aol’s recent acquisition of Millennial Media and its ad deal with Microsoft are all part of its stragegy to “rethink distribution”, according to director of video for Europe, Mark Melling.

Speaking at the OTT TV World Summit in London this morning, Melling said that there are two simultaneous trends happening in the video space: viewers are watching TV content on laptops, tablets and phones; but paradoxically there is also growth in the size of livingroom screens.

“We need to rethink distribution – hit people everywhere. It’s not about bringing them into your black box, into your ecosystem, it’s about plugging into another one,” said Melling, citing partneships with the likes of The Guardian and Microsoft’s Xbox.

The Aol executive said that the company distributes content across 17 OTT devices, including Roku and Apple TV boxes, and is investing in multi-platform content such as morning show Aol Rise and female-skewing Being Mum, as well as “leanback” programmes like Citizen Mars – about the finalists hoping to take part in the Mars One mission.

The latter launched in September, is sponsored by Honda, distributed by the Aol On network, made by Aol-owned tech site Engadget and has been advertised on Microsoft sites and Skype.

In October, Aol completed its acquisition of end-to-end mobile platform Millennial Media. The company said that deal will boost its global mobile capabilities and scale for advertisers and agencies, and offers the “most attractive monetisation platform for app developers”.

Melling said that Aol had essentially bought “91% of Microsoft’s advertising business” in a bid to “leverage their ecosystem.”

Both deals came after US mobile giant Verizon completed its US$4.4 billion buyout of Aol in June.