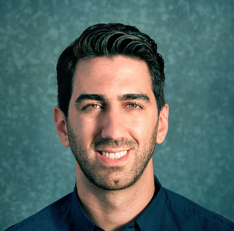 MCN Fullscreen, which is to launch its first full length movie, Lazer Team from its Rooster Teeth YouTube property next year as part of a wider move into premium content, is planning to build a strong subscription VoD offering to complement its ad-funded content, according to George Strompolos, founder and CEO, Fullscreen.

Speaking at MIPCOM this morning, Strompolis said the Lazer Team project had been partially crowdfunded by Rooster Teeth and Fullscreen will “do some exciting things on the distribution front”.  “We think Lazer Team will one of the first vehicles that expands their fanbase beyond the 19 million they have today,” said Strompolos.

The movie will be distributed using a combination of online and theatrical channels, he said.

Pay TV attracts only 35% of its audience from millennials, he said compared with much higher percentages for online video services.

“We thnk there is a unique opportunity opening up with networks [in OTT]”, said Strompolos, on the model of what multchannel networks did 20 years ago.

Strompolis said that Fullscreen is launching its own subscription services – Fullscreen and Rooster Teeth. Fullscreen will serve a female-skewed audience targeting the 13-30 demographic. The company will produce and lincese original content including Electra Woman and Dyna Girl about small-town superheroes in the big city, The Outfield, a coming of age story, and Pretty Little Teens, a parody of teen dramas.

Strompolos said that the company is beginning to look at third-party acquisitions to complement its in-house content. Rooster Teeth will be priced at about US$5 a month around the world, while pricing for Fullscreen has yet to be established.

Strompolos said that the advertising-funded MCN model would continue to be important and that ad-funded and subscription models were complementary. “There hasn’t been a lot of innovation in the subscription content model and we are looking to change that,” he said. “We have a keen understanding of their audience and we know that they are very mobile-centric. Our audience likes to consume on mobile, so the consumption experience should begin on mobile,” he said.

Strompolos said that AT&T, which had invested in Fullscreen, because it knew it needed a content play that is focused on mobile.