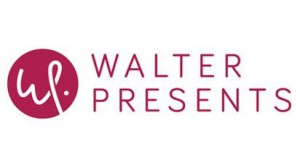 UK broadcaster Channel 4 is to launch its foreign-language video-on-demand service in January under the title Walter Presents.

The platform has acquired German Cold War drama Deutschland 83 from FremantleMedia International to mark the launch, with more acquisitions announcements expected during MIPCOM next week.

“Channel 4 has steadily grown its reputation for bringing the best of world drama to the UK – from The Returned to Saboteurs,” said Jay Hunt, chief creative officer at Channel 4. “The remarkable Deutschland 83 is a perfect launch for Walter Presents, which will allow UK audiences to enjoy hand-picked global hits.”

Walter Presents was initially known as 4World Drama. The new moniker reflects that Walter Iuzzolino will curate the service, which will ultimate supply British audiences with more than 600 hours of foreign-language drama for box-set viewing.

Programming is expected to come from Brazil, France, Sweden, the Czech Republic, Argentina, Israel, Belgium, Poland, Chile and Denmark among other territories.

Iuzziolino, the former creative director of Discovery Communications-owned UK prodco Betty, is one of the founders of Global Series Network, which will jointly operate Walter Presents with Channel 4. Channel 4 and GSN said Iuzzolino had “an unrivalled passion for world drama”.

“We live in the golden age of serial drama – with French and Scandi thrillers gripping audiences in their millions,” said GSN chief creative officer Iuzzolino. “This is the perfect time to introduce UK viewers to a much broader choice of the very best dramas and box sets from around the world, which they never previously knew existed.”

He added that Deutschland 83 had heralded “a revival of German-language film-making, and totally redefines the standards for excellence in global scripted programming, and claimed it had “all the markings of a classic series”.

Walter Presents is planned to launch “a number of other TV markets”, according to its owners. The UK version will be available through Channel 4’s on-demand programming hub, All 4.