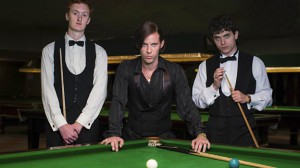 UK pubcaster the BBC has ordered The Rack Pack, a comedy film for its iPlayer streaming and catch up service.

The feature will be made by EndemolShine-owned prodco Zeppotron and launch on iPlayer in December. The comedy drama will be set in the 70s and 80s snooker scene and detail the rivalry between Alex ‘Hurricane’ Higgins and Steve Davis.

Jaye said: “The Rack Pack is our very first comedy drama feature film made exclusively for BBC iPlayer. Snooker is a much-loved British sport, and The Rack Pack celebrates its glory days in the Seventies and Eighties in a thrilling and brilliantly written story which will be the centre piece of our film offer over the Christmas period.”

Allen added: “BBC iPlayer offers a unique creative space for comedy of all shapes, sizes, tones and ambition – free of the traditional parameters of TV slots.”