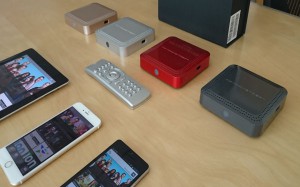 MatrixStream’s MatrixCloud IPTV solution coupled with MatrixCrypt DRM allows operators to have develop own branded MatrixEverywhere IPTV players for Apple iPads, Apple iPhones, Android smartphones, Android tablets, PC players, MAC players, and set-top boxes.  The company claims to be able to scale up to two million users, enabling subscribers to watch catch-up content up to 30 days on any device from a 42U rack.

Aaron Keogh, the company’s business development director, said that platform had originally been designed for mobile service providers but was gaining traction in other markets.

“We originally envisaged this for telcos that are going to expand into other regions but we have seen third party providers starting to service more than one tier-one telco with the same content line-up,” he said.

He said MatrixStream has seen interest in Africa, where it was working with providers in four countries.

Keogh said MatrixStream was also working with an unnamed tier one telco, which was using its platform to replace an existing solution.