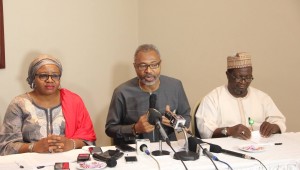 MTN has paid NGN34 billion (€149 million) to the Nigerian National Broadcasting Commission for the licence, which will enable the operator to provide pay TV services over the country’s digital-terrestrial network.

The move follows the failure of Nigeria to meet its ITU commitments to finalise digital switchover this year. The NBC admitted in June that it would not make the deadline and agreed a new deadline of June 20 2017 in coordination with neighbouring states.

The NBC said the MTN deal would provide just under 50% of the budget to finance digital switchover. According to the Commission, the spectrum sold was “lying fallow”.

The regulator has now set new milestones to achieve digital switchover by the revised deadline. It expects to take deliver of imported set-top boxers for a pilot project, Jos, by the end of October, with the local manufacture of boxes to follow by April next year. The sale of boxes will be subsidized and devices will be available for NGN1,500. The NBC plans to complete to complete the planning for its transmission infrastructure and to begin live transmissions by the end of December.

According to the regulator, the Government has agreed a fixed annual service charge payable on all DTT boxes and TV sets, to be known as the Digital Access Fee. This will be payable by current as well as future operators of DTT spectrum.

Nigeria plans to launch 30 new channels on the platform and aims to realize NGN100 billion from digital dividend spectrum sales.

“When it became obvious that government could not spare the money, and in order to avoid missing another deadline, we began to consider other options. Our broadcast frequency, which is to eventually form part of the digital dividend after the DSO, had portions of it lying fallow while our broadcasters were still using parts of it. We therefore proposed and got proper permission from government to license part of our spectrum lying fallow and to use the proceeds to finance the DSO,” said NBC director general Emeka Mba at a press conference.

“I’m pleased to inform you that we have successfully licensed MTN Nigeria Ltd to use a part of the 700MHz to provide digital pay TV broadcasting services. We have thus raised 34 billion Naira, slightly less than 50% of our budget. I am pleased to inform you, also, that through this singular move, Nigeria has once again pointed the way for other African countries struggling with the effort of finding financing for their own digital switchover programmes.”