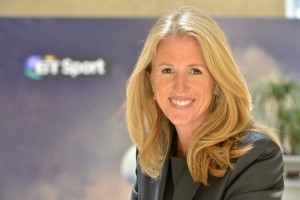 BT will be able to integrate new technology like High Dynamic Range into its Ultra HD offering, but does not expect upgrades to come for another two years, according to Delia Bushell.

Speaking at IBC this morning, the managing director of BT TV and BT Sport said that the UK operator had a “big debate” internally about whether this summer was the right time to launch a UHD offer, even though technologies like HDR were not yet ready.

“Given that we wanted to do something really dynamic for Champions League, for us the case was clear – launch now and then maybe in two years time add some upgrades around that,” said Bushell.

Asked whether BT could upgrade its UHD investment to include technologies like HDR, higher frame rates and wide colour gamut, as they roll out, Bushell said that BT will “be able to blend them in with UHD” in order to “go to the next level.”

“Obviously things like  8K are being trialled. In the end, for the current range of production capabilities, and for the current generation of 4K screens going into peoples’ homes, what we’ve created with our 4K service is the maximum that’s possible at the moment and we generally feel that the next upgrades are probably two years away,” said Bushell.

She claimed that the choice open to BT was to “launch now or launch in two years” but that it did not want to wait just one year, as it wanted to make the most of its Champions and Europa League football rights.

BT secured exclusive live TV rights to all Champions League football matches as part of a £897 million (€1.07 billion) three-year deal that came into effect from the start of the 2015/16 season.

Discussing BT Sport more generally, Bushell said that its experiment in bidding for sports rights and launching its own sports channels “had gone even better than we’d hoped” and that, two years in, its “audacious idea is now coming of age.”

“When we first launched BT Sport our stated ambition was to make sport accessible to fans again and I think over the past two years, it’s fair to say that we have achieved that goal. There’s a lot more to go, but we’ve made a big step forward. We’ve now got over 5.2 million subscribers,” said Bushell.

On the BT TV side, she said that the recent launch of the AMC channel exclusively on BT TV in the UK was an “opportunity to start balancing it out to female viewers as well as male viewers.”

Looking forwards, Bushell said:  “I think for BT the next chapter is all about convergence. It’s all about bringing together our BT Infinity fibre network, our BT Sport and our BT TV operations and also our new BT mobile services – and if our Everything Everywhere acquisition deal closes, bringing that new business together into the BT family.”