Apple gears up for next gen Apple TV launch 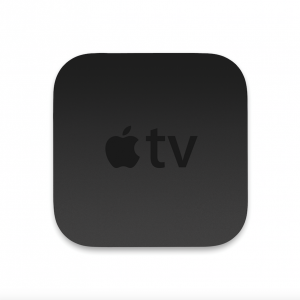 Apple is reportedly planning to launch a premium fourth generation version of its Apple TV set-top box at an event in San Francisco next week.

According to unofficial Apple news site 9To5Mac, the new device is due to launch in October and is expected to be priced at either US$149 or US$199 – a significant increase on the US$69 that the current generation of Apple TV box retails at.

The 9To5Mac report, which cites unnamed sources, claims that the new model will support Siri, have a new remote control and refreshed user interface, and feature an App Store and Software Development Kit.

The news came after Apple last week distributed media invites to a media event in San Francisco on September 9, saying simply: “Hey Siri, give us a hint.” Apple is reported to be planning to launch the new Apple TV box alongside the next generation iPhone 6S and iPhone 6S Plus.

In March a BuzzFeed report claimed that the new generation of Apple TV would mark a “significant overhaul” of the set-top device. It said it will support TV, music and apps, have an expanded memory that goes “well beyond” existing 8Gb Apple TV boxes, and will run on an improved operating system that will support Siri voice controls.

A New York Times report from May also claimed that Apple’s new version of Apple TV will include a redesigned remote with two buttons and a touch-pad for scrolling, and will mark the first change to the controller since Apple introduced Apple TV in 2007.

Both articles had tipped the device to launch at Apple’s Worldwide Developers Conference, which took place in San Francisco in June.

The latest Apple TV reports come as Variety reported that Apple is to formally enter the original programming business.

The scale of Apple’s ambition is not clear, but one source claims the plan will see the firm create an original programming unit, which could focus on TV series or movies, or both.

This would part of a strategy to compete with streaming leader Netflix, which has focused on original programming as a key pillar in its ongoing growth period.

Other Variety sources suggest Apple’s interest is more of a “flirtation”, though one source said the firm had made an “unprecedented bid” to secure the services of former Top Gear presenters Jeremy Clarkson, James May and Richard Hammond. The trio ultimately ended up signing with Amazon Prime Instant Video.