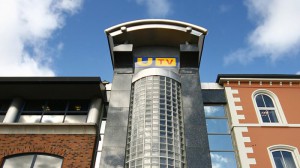 UK broadcaster ITV is set to acquire UTV, the Northern Ireland broadcaster that owns the Channel 3-ITV franchise in the territory.

UTV Media, the parent of UTV, confirmed reports over the weekend that suggested a deal to sell its television assets would be announced on the London Stock Market within days.

“The board of UTV Media plc notes the recent media speculation and confirms that it is in discussions regarding a potential sale of its television assets,” a statement read. “Discussions are ongoing and may or may not result in such a transaction being agreed. A further announcement will be made when appropriate.”

ITV told DTVE sister title TBI: “We never comment on speculation.” The company has been hard on the acquisition trail in recent months, buying Talpa Media and TwoFour Group in two notable acquisitions in the production and distribution space.

UTV and ITV are closely linked as the former has the right to show the latter’s programming in Northern Ireland through a franchise agreement. However, this would be the first time the company is owned by a non-local entity.

The deal would only comprise UTV’s TV assets, excluding an extensive radio business, which would remain with the current owners. The TV business is currently losing money, while the radio division has this year delivered healthy returns.

How this would impact the relationship between UTV and TV3 is unclear.