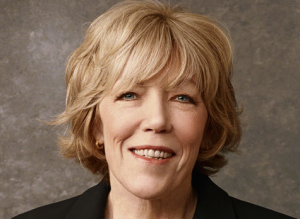 Brooke Johnson is to retire from her post as president of Scripps Networks Interactive’s lifestyle channels, which include Food Network.

She has been with the US-based cable group for 12 years, overseeing the launch of programme franchises such as Chopped, Cutthroat Kitchen and Food Network Star.

Under her remit was the flagship Food Network channel, plus Cooking Channel, both of which have grown to become established cable networks during her tenure. Johnson will remain a consultant to Food Network until the end of next year.

Scripps will make an announcement regarding new leadership in “coming days”.

“Brooke Johnson has been one of the key driving forces behind the success of Food Network since she joined the company,” said Kenneth W. Lowe, chairman, president and chief executive officer, SNI.

“Food Network touches hundreds of millions of consumers every month, through shows, including Food Network Star and Guy’s Grocery Games and through its many brand extensions.”

“The timing was right for me to step back and enjoy the next phase of my life, but I leave with total confidence that Food Network and Cooking Channel will continue to grow and engage fans of these beloved brands for many years to come,” said Johnson.

She had joined Scripps from A+E Networks, where she launched the Biography Channel and was integral to the formation of the History Channel, overseeing its programming strategy.

Before A+E, she was programme director of WABC-TV in New York.