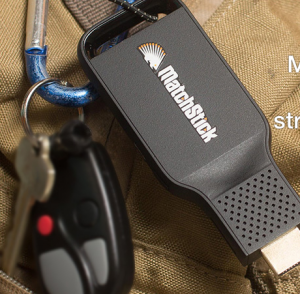 Matchstick has pulled the plug on its Mozilla-endorsed, Firefox OS-based TV streaming dongle ahead of launch, citing problems with DRM development.

The Chromecast rival was announced last year with a Kickstarter campaign attracting 17,218 backers to date, who pledged US$470,310 (€428,740) to help get the project off the ground.

However, in a post addressed to backers yesterday, Matchstick said that after 11 months of development it is “unable to continue on this journey” and said it will aim to refund all cash pledges by the end of next month.

“After struggling with the DRM development based on Firefox OS for most of this year, we realise continued development of DRM, though showing early signs of promise, will be a long and difficult road,” said Matchstick in the statement.

“We have come to the conclusion that we will not be able to reliably predict the completion date of the DRM development without significantly more research, development and integration.

“We feel the only responsible thing to do now is to refund 100% of the pledge money to our backers. You have been very patient with us, and we feel announcing another major delay in the Matchstick delivery would not be fair to our backers.”

Matchstick was initially due to ship in February. However, the firm announced that month that it anticipated a delayed, August 2015 launch and that it was planning to increase the HDMI dongle’s CPU power from a dual core to a quad core chip and update the software to support Digital Rights Management – required by content providers like Netflix.

“We are continually in talks with all the content you will want to experience on your Matchstick. DRM is a barrier and has become our primary focus, and as we work to nail that down we continue to explore new opportunities to upgrade the entire Matchstick experience,” said the Matchstick team at the time.

The device was due to retail in the US at US$25, some US$10 cheaper than Google’s Chromecast device.