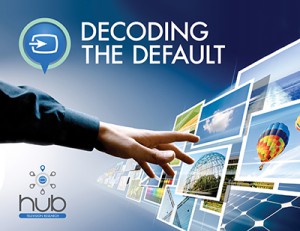 Netflix has replaced live TV as the default TV source for young viewers, marking an important shift in consumer behaviour, according to a new report.

Hub Entertainment Research’s ‘Decoding the Default’ study claims that 40% of viewers aged 16-24 use Netflix as their “home base” for watching content, with only 26% defaulting automatically to live TV.

For millennials aged 18-34, live TV was ahead but only just, with 33% opting for live TV first, compared to 31% who choose Netflix.

“A change in default sources is not the same as completely cutting a pay TV provider. However we think it’s an important psychological threshold,” said Hub principal analyst and one of the study’s authors, Jon Giegengack.

“People love choice – but when it comes to TV, there are more alternative sources than any one person could use. They crave a home base, and the position of ‘first source turned on’ will be an increasingly enviable one as the market evolves.”

Overall, the study – which polled 1,200 US TV viewers with broadband, aged 16 – 74 – found that live TV is still the single most common default viewing source, with 34% turning this on first when they want to watch TV.

However, the research said this share is “dropping significantly”, and is down 16 percentage points from 2013 when 50% of viewers named live TV as their default.

Online sources now account for almost as much viewing share as live TV and DVR, combined, according to the research – which claims viewers now allocate 32% of their total TV viewing to live TV, 15% to shows on their DVR and 46% to online platforms.

Live TV was found to be the go-to source for channel-surfing, with 40% of viewers picking this compared to 27% for Netflix when they don’t know what they want to watch. However, when viewers said they have a specific show in mind they want to watch, 26% reported Netflix as their default viewing source compared to 15% who said live TV.