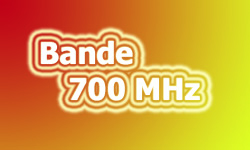 The French government has finalised the conditions for the sale of frequencies in the 700MHz hitherto used for digital-terrestrial broadcasting to mobile telecom providers.

Economy minister Emmanuel Macron and the secretary of state for digital, Axelle Lemaire, have signed off on the conditions, based on proposals from telecom regulator ARCEP, that should see the frequencies allocated by the end of this year.

The frequencies to be auctioned will be freed up progressively between the end of the year and July 2019.

The ARCEP has decided not to reserve a block of frequencies for Free, the country’s fourth entrant in 3G mobile, which lacks spectrum that would enable it to compete effectively with Orange, Numericable-SFR and Bouygues Telecom. Free had called for spectrum to be reserved for it to create a level playing field with its rivals.

The regulator has proposed to create six blocks of 5MHz which will be auctioned at a starting price of €416 mill for each lot. No operator will be allowed to hold more than 15MHz of 700MHz spectrum and operators with spectrum in the 800MHz and 900MHz ranges will be limited to a total of 30MHz including their holdings in those ranges.

This means that Free’s three competitors could obtain up to 10MHz each of 700MHz spectrum, freezing it out. However, it could, if its bid is competitive, obtain three blocks of 5MHz as it does not hold any 800MHz spectrum and only a limited amount of 900MHz spectrum.