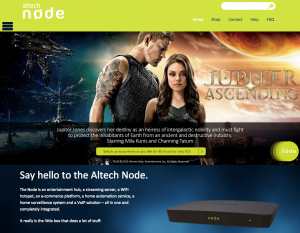 “Warner Bros. has brought us classic titles such as The Dark Knight, the Harry Potter film series, Inception and Gravity. Our new Warner Bros. content agreement will bring outstanding entertainment within the reach of every home.”

“The appetite for streaming services is growing rapidly and customers rightly expect to be able to access the latest Hollywood movies and critically acclaimed TV series whenever and wherever it suits them.