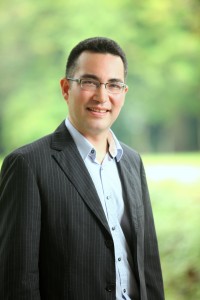 The US-listed pay and free TV channel operator is partnering with Abu Dhabi-based producer Image Nation to roll out the channel, with a launch slated for the fourth quarter.

Quest Arabiya will be programmed with factual and reality programming from Discovery, Image Nation and third parties. The key programming categories will be adventure and survival, motoring, engineering, wildlife, history and people and places.

The channel will target men aged 16-to-44 but, Discovery said, also have wider family appeal.

Discovery already runs the Fatafeat cooking channel in the Middle East, having acquired the free-to-air food and lifestyle net as part of a deal for Takhayal Entertainment, which created the service, in late 2012.

“Quest Arabiya will be a leading destination for men’s lifestyle entertainment in the Middle East and North Africa”, said James Gibbons, executive VP for Discovery’s Emerging Business. “Our partnership with Image Nation will help take our business to the next level, broaden the popularity of factual entertainment and raise awareness of our seven channel brands in the region.”

Mohammed Al Mubarak, chairman of Image Nation Abu Dhabi added: “Quest Arabiya will provide a needed boost to the private media sector in the UAE as we will be commissioning more content than ever before and producing at the highest international standards.”