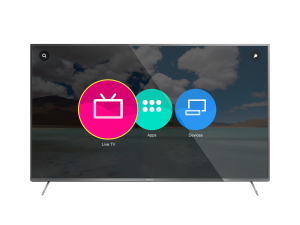 Panasonic has launched its first Viera smart TVs powered by Mozilla’s Firefox OS in Europe, with a worldwide rollout to follow “in the coming months”.

“Through our partnership with Mozilla and the openness and flexibility of Firefox OS, we have been able to create a more user friendly and customisable TV UI,” said Masahiro Shinada, director of the TV business division at Panasonic Corporation.

“This allows us to provide a better user experience for our consumers providing a differentiator in the smart TV market.”

Mozilla’s chief technology officer, Andreas Gal, said: “We’re happy to partner with Panasonic to bring the first Smart TVs powered by Firefox OS to the world. With Firefox and Firefox OS powered devices, users can enjoy a custom and connected web experience and take their favourite content (apps, videos, photos, websites) across devices without being locked into one proprietary ecosystem or brand.”

Firefox OS is a new open platform for next generation smart TVs that is based on HTML5 and other web technologies. It has a customisable user interface that gives users quick access to their favourite channels, apps, websites and content on other devices.

Panasonic and Mozilla first announced that they were partnering to develop and promote Firefox OS at the Consumer Electronics Show in January.