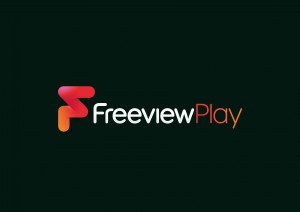 Industry body TechUK has launched a campaign against plans by Digital UK to charge device manufacturers a per-device fee to integrate the new Freeview Play technology into TVs and set-top boxes.

However, it criticised Digital UK – the organisation that backs the UK’s terrestrial TV service and provides operational support for the Freeview DTT platform – for asking manufacturers to pay a charge to enable the service in consumer products.

“We welcome the planned introduction of the Freeview Play service as we move towards a new generation of TV user experience and content consumption. We are however, very concerned that the introduction of this service comes at a significant cost to hardware device manufacturers who are already investing in considerable R&D effort to develop new products to meet the Freeview Play requirements,” said Paul Hide, director of operations for techUK.

Responding to the criticism, Digital UK said that the “modest cost” that would be charged to device manufacturers would contribute to the running costs of Freeview Play and that its member organisations – the BBC, ITV, Channel 4 and Arqiva – are making a significant five-year investment into the development of the platform.

“Manufacturers who choose to offer the service are asked to contribute a modest amount to help meet the development and ongoing costs of operating the new platform. This includes access to catch-up players from the main broadcasters and testing materials, alongside Freeview’s marketing support. This approach is not unusual across the industry,” said Digital UK in a statement.

“How manufacturers absorb this cost, which does not apply to other Freeview products, is an individual matter for them. Viewers do not pay for Freeview Play beyond the initial cost of their TV or set-top box.”

TechUK’s Hide argued that the product levy is an additional cost that will “ultimately be passed onto the consumer.”

“The viewer has already paid a TV licence fee to access these services and this undermines both the concept of free-to-view television and the founding principles on which Digital UK was created.”

He also claimed that the UK’s free-to-view broadcasting landscape “is already a complex and, arguably, inefficient environment,” meaning “additional cost and confusion for the UK viewer.”

TechUK represents more than 850 companies that collectively employ 700,000 people – roughly half of all tech sector jobs in the UK.

Freeview unveiled details of Freeview Play at a press launch in London in February. The first devices to include the platform are due to be released later this year.