Channel 4 to launch All 4 Games division 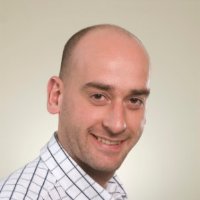 UK broadcaster Channel 4 has announced plans to launch a new games publishing arm this summer, based in Glasgow, Scotland.

All 4 Games will be led by Channel 4’s current games commissioning editor, Colin Macdonald, and will build a new network of Channel 4-funded mobile games and games from third party developers as part of an aggregated All 4 Games brand.

These games will be available to download via app stores and will all be featured on Channel 4’s new digital and on-demand offering All 4, which it launched last month to replace its previous 4oD service.

“Channel 4 has a successful record for commissioning critically acclaimed games and I’m pleased that with the launch of All 4 Games we are able to extend our support for this hugely important part of the creative sector and help showcase the work of smaller games developers,” said Channel 4 CEO, David Abraham.

Channel 4 said that All 4 Games fund its own mobile games commissions and will globally publish a range of games from third party developers each year, working with small companies to give their games development, marketing and promotional support.

Four new roles will initially be created within the All 4 Games publishing arm in Channel 4’s Glasgow office. The new hires will report to Macdonald, who will in turn report to Richard Davidson-Houston, Head of All 4 and Digital Content on editorial strategy and to Sarah Rose, Director of Commercial and Business Development on commercial strategy.

“Channel 4 is renowned for working with growing creative companies and I’m delighted that we’re able to throw even more of its weight behind the games industry,” said Macdonald.
“With over 1.5m apps for users to choose from now, discoverability has become the biggest problem facing mobile game developers so it’s exciting to be able to do even more to support them and promote their amazing work to a wider audience.”

Channel 4 said that further details on the All 4 Games publishing arm and third party games partnerships will be announced in due course.