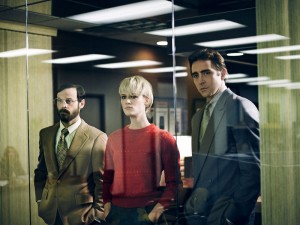 AMC Networks International (AMCNI) has announced the expansion of its portfolio of linear TV channels in Europe.

Slovak Telekom in Slovakia has launched Sundance Channel for the first time and has added Sport1 HD alongside the stand definition version of the channel, AMC announced at MIPTV.

Skylink in the Czech Republic and Slovakia has moved Sport2 to its basic programming tier, while in Hungary Magyar Telekom and Tarr have repositioned the AMC channel to the basic tier.

AMCNI also said that new multi-year agreements for AMC have been signed with several operators in CEE including PR-Telecom in Hungary and Telekom Serbia.

“There is clear and strong demand for our line-up of globally renowned, locally relevant channels with many platform operators adding or repositioning our services onto their basic tiers in recent months to make them widely available to customers.”

AMCNI also announced that upcoming premieres of Fear The Walking Dead, Into the Badlands and the new season of Halt and Catch Fire will debut on its international channel AMC Global less than 24 hours after their US premiere.