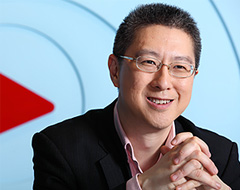 Programming costs at Chinese on-demand platform Youku Tudou have risen 11% as the firm gears up for the first output of its original TV drama and web-native content producer Heyi Studios.

Spend of programming was RMB602.9 million (US$97.2 million) in the fourth quarter of 2014, representing 48% of net revenues as compared to 39% for the same period a year before.

New York-listed YoukuTudou’s fourth quarter results to December 31, 2014, showed net revenues of US$203.8 million, up 40% year-on-year. Gross profit was down slightly at US$38.7 million, while the company fell to an overall net loss of US$51.3 million, down significantly on the US$4 million lost in the same period in 2013.

“We have put in place a multi-business unit and content center structure, supported by new hires that add complementary skill-sets to our talent pool, creating an agile and innovation-driven organisation,” said Victor Koo, the firm’s CEO and chairman.

“For 2015, we expect to see further growth of our platform as we continue to invest to strengthen our leadership in China’s online video industry.”

Youku Tudou president Dele Liu added: “Our long-term goal is to build a content eco-system in which over half of the revenue and video traffic is derived from our web-native content, i.e. original content, PGC, and UGC.”