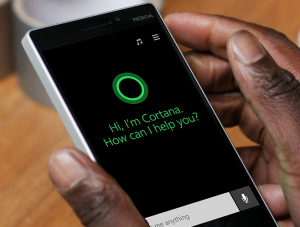 Spanish telecom operator Telefónica is to make its Movistar TV Go TV Everywhere service available on devices with Windows Phone OS with voice-enabled search in a joint initiative with Microsoft.

Telefónica aims to launch the final commercial version of the Movistar TV Go app on Windows Phone 8.1 shortly after the current Mobile World Congress trade expo in Barcelona, where it is showing the service. Microsoft’s Cortana voice recognition technology will be tested in a Spanish language beta version in the meantime.

The Movistar TV Go service for Windows Phone will be available first in Spain and then in other Latin American countries where Telefónica is offering pay-TV services.

Michael Duncan, CEO of Global Video Unit of Telefónica, said. “The availability of our television services on mobile devices increases the attractiveness and potential for enjoyment of the content we offer to our users, and places Telefónica at the forefront of video products with an offer of TV Everywhere which is increasingly diverse.”

Steven Guggenheimer, Corporate VP and Chief Evangelist, Microsoft Developer Experience and Evangelism at Microsoft, said: “We are very pleased to have achieved this milestone with Telefónica. Rather than just performing voice-activated commands, Cortana continually learns about each user and becomes increasingly personalized, with the ultimate goal of proactively performing the right tasks at the right time. Telefónica’s support is helping us to speed up this process.”