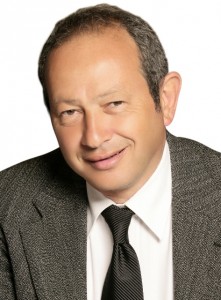 London-based Egyptian telecoms magnate Naguib Sawiris is to take a majority stake in Euronews under a plan adopted by the international news broadcaster’s board.

The news channel’s supervisory board has already approved a €35 million capital increase and authorised CEO Michael Peters to enter negotiations for 60 days for one of Sawiris’ investment vehicles to take a 53% stake, according to information obtained by French daily Le Figaro.

Euronews is currently controlled by about 21 European public or state-owned broadcasters, with six channels owning 90%. Peters told AFP that the partners would put in place a new governing structure that would guarantee its continued operation in “the general European interest” to public service shareholders and the EU.

The broadcaster envisages that the governance structure would include the right of veto on the part of public broadcast shareholders on editorial matters through the creation of a trust.

Peters told French financial daily Les Echos that the need for a capital injection had been accepted by existing shareholders as part of the strategic plan he put in place four years ago and that Euronews had not been able to invest significantly in digital.

Sawiris is the CEO of Orascom, a holding company with telecom, cable and media interests in a wide range of countries in the Middle East, North Africa and elsewhere, including Egypt, Lebanon and North Korea.