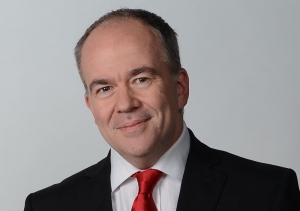 Discovery has recruited Peter Hutton to run Eurosport and given the sports channel’s current CEO, Jean-Thierry Augustin, a new role.

Hutton joins Discovery-owned Eurosport from sports rights agency MP & Silva Group, where he was co-CEO.
Augustin has been running Eurosport since last April, following the departure of Laurent-Eric Le Lay for TF1, the French broadcast group from which Discovery bought Eurosport (TF1 retains a 20% stake in Eurosport France).

Hutton, who starts in his new role in March, will be based in Eurosport’s Paris headquarters and report direct to JB Perrette, president of Discovery Networks International.

Augustin, meanwhile, takes the newly-created role of president, sports strategy & development at DNI. He will remain in Paris and work with the Discovery and Eurosport. Before being elevated to chief exec, he was managing director, distribution, rights acquisition and development at Eurosport.

Perrette said: “Jean-Thierry has been at the helm of Eurosport for a number of years during which he has proved to be a tremendous commercial leader and this new role will harness his expertise to build Discovery’s global sports strategy and expertise.

“Similarly, Peter has excelled in the sports media business.  With extensive experience in Europe, Asia and Middle East, and strong relationships with broadcasters and rights holders.”

Eurosport currently has channels in 70 territories.