Pay TV revenues in Sub-Saharan Africa to hit US$6.22 billion 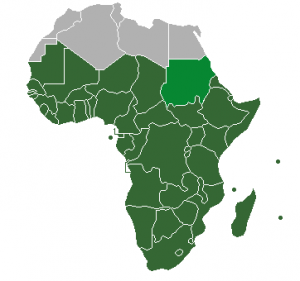 Pay TV revenues in Sub-Saharan Africa will more than triple in the decade starting 2010, reaching US$6.22 billion (€5.27 billion) in 2020, according to Digital TV Research.

The new figures claim that pay TV revenues in the region will climb from US$1.92 billion in 2010 and US$3.54 billion last year, with South Africa and Nigeria to account for more than half of Sub-Saharan Africa’s pay TV revenues by 2020.

Satellite TV accounted for 92% of Sub-Sahara African 2014 pay TV revenues last year, though DTT is expected to make inroads in the coming years, quadrupling its revenue over the next six years and accounting for US$802 million in 2020.

Digital TV Research said there were 9.65 million pay satellite, 2.81 million pay DTT customers and a total of 12.92 million pay TV subscribers at the end of 2014.

It predicted that the pay total will more than double to 27.95 million by 2020, with satellite TV contributing 16.21 million and pay DTT another 9.44 million.

“Three companies [Multichoice (DStv and GOtv), Canal Plus and StarTimes] accounted for more than 90% of pay TV subscribers in Sub-Saharan Africa by end-2014. However, we have outlined plans for at least 30 major platform launches in 2015 throughout this report – at least twice as many as in 2014,” said Simon Murray, principal analyst at Digital TV Research.