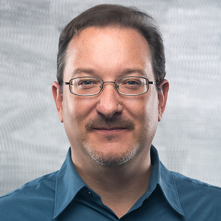 DivX is looking to make a push into the mobile space with the launch of its first branded mobile app, as part of a new multi-faceted business strategy for the newly independent company.

The firm, which was spun out from Rovi earlier this year in a deal worth US$75 million, aims to release a customer-focused mobile app in a bid to grow the B2C side of its business that also includes its free DivX video player.

Speaking exclusively to DTVE, DivX’s chief technology officer Eric Grab said that it aims to give consumers “state-of-the-art video technology” and that the app would be “more than a video player” – though declined to give full details of the service, or confirm whether DivX planned to sell content directly through the app.

“Curiously missing from our portfolio is there’s no DivX-branded app on an app store right now – maybe we can look at changing that, that’s something to look forward to in the future,” said Grab, who hinted there could be a formal announcement at CES with a release to follow next year.

The consumer software and mobile side of the business is just one of four areas that DivX now plans to focus on, but was one that was “a little bit inhibited at Rovi” due to its B2B focus, according to Grab.

The other three DivX business segments centre around: including DivX’s technology in consumer electronics products, which is how the firm currently makes the most of its money; licensing DivX technology in professional tools, such as Apple video editing software Final Cut Pro; and offering, under the brand name DivX OmniView, multiscreen distribution services for pay TV operators, broadcasters and OTT services and platforms.

Grab said that OmniView presented a big growth area for DivX and is “probably going to get the most focus” going forward.

“We believe from a growth perspective it’s going to be services that grow the most… what’s coming is we want to make it easier for people to deal with video, not have it be so fragmented,” said Grab.

Rovi sold DivX and its video compression and codec business MainConcept for US$75 million (€60 million) at the beginning of April this year. Private equity firms Parallax Capital Partners and StepStone Group bought the businesses in what Grab described as “essentially a management buyout.”

Rovi said at the time that divestiture was part of its strategic efforts to focus the company on “growth opportunities related to its core entertainment discovery technologies and services.”