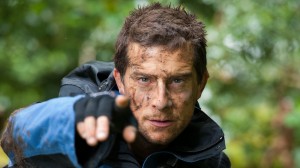 Bear Grylls Adventure launches on November 28 as a joint venture of Bear Grylls Ventures and Barcroft and will feature adventure-themed content from around the world.

Powered by Barcroft’s YouTube channel, Barcroft TV, the channel will include bespoke shorts, clip introductions and behind-the-scenes footage featuring Grylls, who is best known for shows such as Running Wild and The Island.

It will also include long-form programming licensed from third-party distributors and producers. Furthermore, it will offer a range of brand involvement opportunities, including advertiser-funded programming.

“Bear Grylls has developed a huge legion of fans around the world, all of whom are native online video consumers. We’re looking forward to making Bear Grylls Adventure the leading channel in its field.”

“I am super excited to launch Bear Grylls Adventure as it is such a fun natural way to connect with our great community of like minded adventure lovers around the world,” said Grylls. “No TV execs to appease – just the cool, mind-blowing stories that inspire our team and me.”