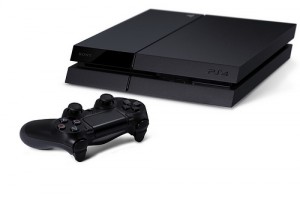 The service, which Sony claims “reinvents the television experience” will launch later this month as an invite only beta trial for select PlayStation 3 and PlayStation 4 games console owners, ahead of a staged rollout across the US.

It will launch commercially during the first quarter of 2015, and is also due to be made available on iPads and other non-Sony devices.

PlayStation Vue is designed to connects viewers to the content they want to watch, offering movie and TV show recommendations based on viewing habits and what’s trending.

‘Search’ and ‘explore’ functions allow users to filter through a catalogue of live and on-demand content. The service also makes the past three days of popular programming available without the need to schedule recordings, while favourite shows can be saved to the cloud.

“PlayStation Vue reinvents the traditional viewing experience so your programming effortlessly finds you, enabling you to watch much more of what you want and search a lot less,” said Andrew House, president and group CEO of Sony Computer Entertainment and group executive in charge of Sony’s Network Entertainment Business.

“PlayStation Vue brings the best of live TV and a robust catalogue of the latest content, always keeping you connected to what’s popular, new and trending. Today’s announcement builds on the historic success of PlayStation 4 and demonstrates what our company is capable of when we embrace disruption and stay true to gamers.”

During its US beta the service will offer around 75 channels from the likes of CBS, Discovery, Fox, NBCUniversal, Viacom and Scripps Networks Interactive.

Pricing and packaging details will be revealed at commercial launch but Sony said that it would include no hidden fees, no contracts and no equipment or installation charges.

Sony first announced plans to launch a cloud-based TV service in the US later this year at the Consumer Electronics Show in Las Vegas back in January.