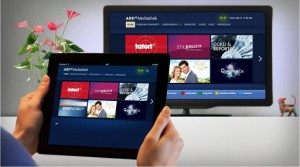 The new HbbTV 2.0 standard should “hopefully” be released later this year and will include four new features contributed by the EU-supported HBB-NEXT project according to HBB-NEXT technical coordinator Michael Probst.

Probst, who also represents the German broadcasting technology institute, IRT, made the comments in an update by the European Commission about the evolution of HbbTV.

HBB-NEXT coordinator Bettina Heidkamp, of German public broadcaster RBB, added: “We identified several missing pieces in the user experience for which we and our partners designed and developed solutions.

“These include the personalisation and recommendation of content for users, notably in a multi user environment, and the synchronisation of broadband with broadcast content onto one or more screens.”

The Hybrid Broadcast and Broadband TV (HbbTV) standard allows broadcasters to offer additional internet services directly to the TV set. The HBB-NEXT project ran from October 2011 to March 2014, working on the next generation of this technology.

Solutions devised by HBB-NEXT include synchronising video across consumer devices via the cloud and controlling TVs using face and gesture recognition technology.

“The face and gesture recognition achieved in the project goes beyond what has been possible before. It is really innovative and people will enjoy it,” said Heidkamp.

“As for the broadcast apps, we are now creating an HbbTV Toolbox based on HBB-NEXT so that very soon editors will be creating them on a day-to-day basis so that everyone can personalise and enrich the television they are watching,” she added.