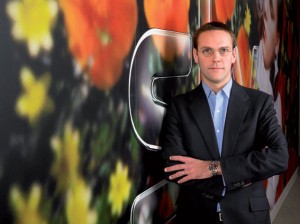 Speaking about the deal, which was announced last week, the 21st Century Fox COO said that the while the combined production and distribution business will benefit from enormous scale, the parent company does not want to ‘over-synergise’ .

“We want to create a larger canvas for them and a larger platform,” Murdoch said in his MIPCOM keynote. He added that while the new business will benefit from the scale and breadth it has that “you can’t over-synergise, you have to allow people to run their own show.”

Murdoch also addressed the Sky Europe deal, which will combine the Sky platforms in the UK, Germany and Italy.

“We always said the Skys would be stronger together than apart,” he said. “Each one has done incredible work at different points in their lifecycle and we think the combined entity will be faster and better.”

He added that the pay TV businesses will produce and coproduce more original content.

In the US, meanwhile, Murdoch said that the programming investment at 21st Century’s cable channels was having a financial impact. “We’re investing a lot in original programming and that is delaying some profit for us , particularly at FX and FXX.”

Murdoch also discussed 21st Century’s failed Time Warner deal, noting that the company walked away when the Time Warner board rejected its offer and that it did not want to make a hostile takeover bid.

In terms of other M&A activity, the 21st Century boss added: “We’re a good size, we don’t see a lot of gaps.”