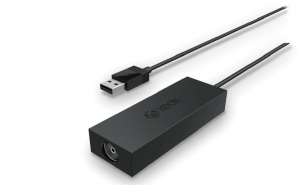 Microsoft is to provide a digital TV tuner for its Xbox One gaming devices in the UK, France, Germany, Italy and Spain, enabling Xbox users in those countries to watch live TV via their game consoles.

From October, Microsoft will make the Xbox One Digital TV Tuner, making digital-terrestrial TV available via the USB port of the device. This will allow Xbox One users to viw free-to-air TV without the need for a cable or satellite set-top box connected through the HDMI-In port on the device.

The new tuners will support free-to-air DVB-T, DVB-T2 and DVB-C TV services. Viewers will be able to access the channels without changing the TV input on their device, and will be able to receive game invitations and notifications while watching TV. They will also be able to watch TV using the Snap mode, viewing the live TV stream on the side of their screen and leaving the main part of the screen availale for other applications.

The device will also enable applications including pause live TV, TV listings in the box’s OneGuide, the ability to create lists of favourite channels, channel tuning by voice, OneGuide on the Xbox SmartGlass app, which allows smartphones and tablets to be used to interact with the TV, and the inclusion of which content is available from on-demand apps in the OneGuide.