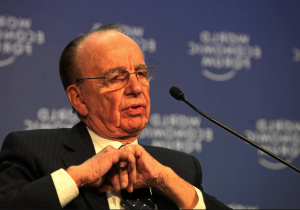 21st Century Fox has dropped its bid for Time Warner, citing the negative impact it had on its share price and a lack of willingness on the part of the Time Warner board to explore the media mega-merger.

”Our proposal had significant strategic merit and compelling financial rationale and our approach had always been friendly,” Murdoch said. “However, Time Warner management and its board refused to engage with us to explore an offer which was highly compelling.

“Additionally, the reaction in our share price since our proposal was made undervalues our stock and makes the transaction unattractive to Fox shareholders.”

Fox will now pursue a US$6 billion dollar share buyback, which it will complete with twelve months. It originally made its move for Time Warner in July. Analysts and consumer groups warned that US consumers would likely face larger cable bills should a merger go ahead. There was also speculation that the likes of Google and Apple could try and move for Time Warner.

Murdoch concluded: “21st Century Fox’s future has never been brighter.  The strength of our leading franchises, combined with the power of our emerging growth businesses and the leadership positions of our international enterprises put us on a path for even greater success.”

Time Warner, having rebuffed Fox’s approach, issued a statement in the wake of Fox withdrawing its bid. “Time Warner is well positioned for success with our iconic assets, including the world’s leading premium television brand, the world’s strongest ad-supported cable network group, and the world’s largest film and television studio,” it said. “We thank our stockholders for their continued support.”

The failed Fox-Time Warner bid has left Time Warner boss Jeff Bewkes facing questions from investors. Time Warner’s share price fell by over 10% in the wake of the latest news while Fox’s was up 8%.