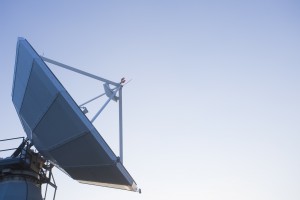 Satellite TV revenues will reach US$99.9 billion (€74 billion) in 2020 and will overtake cable TV revenues this year, according to new stats by Digital TV Research.

Satellite TV revenues will climb from $87.8 billion in 2013 to US$99.9 billion in 2020, with Asia Pacific and Latin America due to show strong growth.

However, revenues will fall in Western Europe as competition from other platforms increases, according to the research.

Satellite TV revenues will decline for 19 countries between 2013 and 2020, but will more than double in 44 countries.

Report author Simon Murray said the revenue declines will be down to “greater competition forcing satellite TV platforms to offer cheaper packages,” as well as the impact of “low-cost satellite TV packages” in several countries.

In 2020, the US will remain the satellite leader by revenues generated, accounting for US$40.6 billion, followed by Brazil with US$7.63 billion, the UK with US$5.97 billion and India with US$4.70 billion.

According to the research, the satellite pay TV subscriber total will more than double in 47 countries between 2013 and 2020, and fall in 13 countries. India will continue to lead the sector with 69.2 million pay satellite TV homes in 2020, followed by 35.5 million in the US, 17.3 million in Russia and 17.1 million in Brazil.

Including free-to-air and pay satellite TV households, 439 million homes will receive TV signals via satellite by 2020, up by almost 100 million on the end-2013 figure, said Digital TV Research.