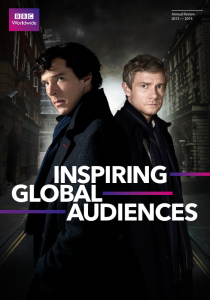 Investment by Worldwide in BBC commissioned content was up 19.5% on the prior year to £88.9m, with standout titles including dramas Top of the Lake and Sherlock, as well as natural history series Hidden Kingdoms.

BBCWW’s disposal last year of Lonely Planet, which was sold in March 2013, was also cited for the revenue drop.

Adjusting for these factors, BBCWW said that its sales performance was “broadly flat.”

He said this was achieved “at the same time as a major re-shaping of the company along regional lines.”

Looking forward, he added: “We will continue to execute on our strategy – more premium content, dynamic global brands and digital innovation – in the course of the new financial year.  While our results for 2014/15 will reflect the choices and investments we are making to do this – including BBC Store and the introduction of new brands – we nonetheless expect to deliver further returns to our shareholder over the course of the year.”

The BBC closed down its Global iPlayer pilot last year and plans to launch a new BBC Store video service in the UK and internationally in 2015.

Listing its key strategic priorities, BBCWW said it will consolidate its global digital services with BBC.com, increase what it spends on premium content and develop and roll out a “focused portfolio of genre brands” – namely BBC First, BBC Earth and BBC Brit.