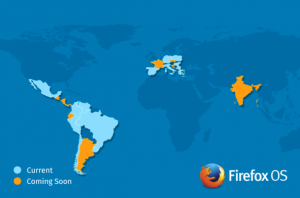 Mozilla, the organisation behind the Firefox browser, is preparing to launch a Chromecast-style HDMI streaming device later this year.

Confirming the move on its blog, Mozilla said that it is working with hardware manufacturer Abitcool on a streaming stick will allow viewers to “fling content from compatible mobile or web apps to an HDTV.”

At the Consumer Electronics Show in Las Vegas in January, Firefox previously announced it is working with Panasonic to develop next generation SmartTVs running the Firefox OS.

“It’s been a year of both tremendous growth and exciting opportunity for Firefox OS. As the only truly open-source platform, Firefox OS has unlocked users, developers and industry participants from the mobile market’s closed systems and content gatekeepers,” said Mozilla chief technology officer, Andreas Gal.

“Now, we are expanding that pursuit across new regions, handheld devices, and soon into other areas of our users’ lives as new form factors begin to take shape.”