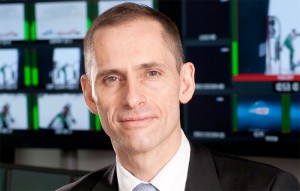 Germany’s World Cup semi-final victory over Brazil helped Eurosport achieve its best ever digital daily performance yesterday, with 8.4 million football fans connecting online and on mobile to follow its coverage of the match.

About 8.4 million football fans visited Eurosport’s site to follow the German team’s 7-1 victory over Brazil, including 6.05 million visitors on the web and 2.35 visitors on mobile platforms, according to Eurosport, citing figures compiled by comScore and Digital Analytix. Some users duplicated across web and mobile.

The German version of Eurosport.com beat its own previous digital record by 100,000 to reach 819,869 visitors. In Poland, Eurosport.pl underlined the rise of mobile amongst sports fans with a new record of 508,510 mobile visitors, while he Arabic version of the Eurosport website achieved its best performance ever with 371,626 visitors.

“At the beginning of 2014 we set the ambitious goal to break the 8 million barrier and we have broken it by a considerable margin. This record affirms our ability to draw fans to our quality coverage through the strength of our editorial content and our sporting credibility.”