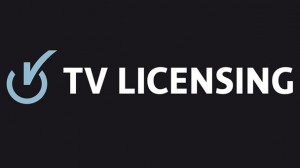 Roughly half of Britons would support abolishing the BBC licence fee, even if it means introducing ads, according to a new ComRes poll commissioned by political communications specialists the Whitehouse Consultancy.

According to the poll of 2,049 UK adults, 51% supported scrapping the licence fee and making the BBC pay for itself “even if that means adverts during programmes, reducing the number of original programmes they can produce or scrapping their public service broadcasting duty.” This compared to 34% who opposed, with the remaining 15% said they did not know.

Despite this, there was a direct 40-40 split between those who support and oppose the current system of a compulsory licence fee for those who watch live TV – with 20% saying they don’t know.

More people opposed than supported abolishing the licence fee and replacing it with increased taxes. Only 18% backed this idea, with 64% opposing and 18% unsure.

Some 44% of respondents opposed abolishing the licence fee and introducing a subscription fee paid only by those who want to access the BBC, with 36% supporting this and 20% unsure.

“There clearly isn’t solid support for the licence fee model and the public appears willing to consider alternatives means of funding the BBC, as long as abolishing the licence fee doesn’t mean higher taxes instead,” said Chris Whitehouse, chairman of the Whitehouse Consultancy.

“While interesting that older respondents appear to be more supportive of the licence fee than younger Britons, these figures show the huge job of work still be done by the BBC if it is to have a strong hand in the future in renegotiating the licence fee and justifying why the public should continue to pay it.”